The Case Of The Missing Medallion

However, being the top detective academy with the finest detectives did not spare Circle Academy from trouble. A prized medallion has just been discovered to be missing from a glass trophy cabinet at the academy's Headquarter (HQ). This medallion actually contains a microchip with top secret information that is crucial to the survival of the academy!

The academy's HQ quickly activates all their four squads to retrieve the missing medallion. The squads are Conan, Drew, Holmes and Peralta, named after the Circle Academy's renowned alumni. The squads have to complete their investigations and bring the medallion back in less than 72 hours. Time is of the essence!

The HQ has announced a huge reward to the squad who finds the missing medallion. Fueled by a fervent desire to emerge as the best, each squad decides - it's game time. The detectives within each squad have to use their wit, intuition, and skills to solve this mystery together.

What challenges will be in their way?

Which squad will succeed in this quest?

Will the missing medallion be found? Sharp eyes and sharper minds define the Conan Squad. Well known for their highly intuitive and observant abilities, they leave no stone unturned. With their perennial passion for closing cases, their work is truly in a class of its own. Unsolved mysteries? Cold cases? Supernatural situations? No problem! Welcome to the Drew Squad. Famous for their resourceful and nifty minds, that allows them to effortlessly handle every single case thrown their way. Named after the youngest sibling in the Holmes family, Enola, this squad is unafraid to speak their minds against social norms. Extremely well read and adept in every field, these detectives unravel every single mystery, every single time. 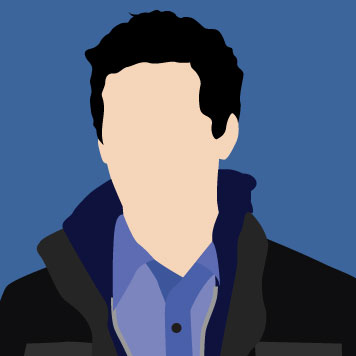 Don't be fooled by the Peralta's Squad's charming, laidback personalities - these detectives have a strong sense of justice, and are sure to solve all mysteries they come across with their signature touch of humour and wit. The FOMO organising committee, together with the facilitators and the Office of Student Life, welcomes all freshmen to SMU!